The thermal vacuum or TVAC facility is at Goddard Space Flight Center (GSFC), the parent campus of NASA IV&V.  This facility has been used recently by the Dellingr team and proved they were ready for flight.  First off, what does the TVAC (pictured below) do? 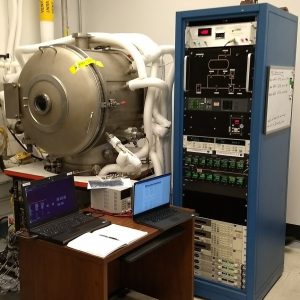 This chamber holds the spacecraft in a vacuum, essentially removing the air around and inside of it.  Unfortunately this does not mean the spacecraft floats around inside as gravity still has it’s effect, but this does change the thermal characteristics to those similar to space.  Without air the only means of transferring heat to the spacecraft from an external source is through radiation.  This is possible due to electromagnetic waves.  These same waves are what a thermal imaging camera detects, showing hotter objects as brighter colors and colder ones darker.  The image below is of a deployed antenna system heating up while running. 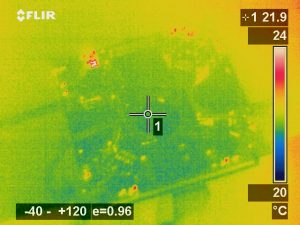 In addition to all the sensors inside the spacecraft, more were applied externally to ensure proper calibration of those mounted on each of the solar panels.  The spacecraft had to sit on special spacers made from a composite material.  STF-1 in the TVAC chamber is shown below. 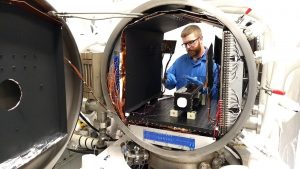 Once everything was setup, the chamber was placed under vacuum and heated to 60 degrees Celsius or 140 degrees Fahrenheit for over six hours!  This ensured that all components had enough time to reach that temperature and proved that they would still function after exposure to those extreme conditions.  After that, four simulated orbits were performed.  The chamber would cycle from 50 degrees Celsius to 0 degrees Celsius or freezing.  Tests were performed throughout these procedures and all passed!  STF-1 is currently undergoing preparations for vibration testing in a couple of weeks.

Once all the components that were ordered as a result of the integration fit check arrived, the assembly and wiring process could begin.  Previously each unit or individual cube had been crudely spaced using spare standoffs and lots of washers.  New standoffs of the correct sizes replaced these and allowed for much easier assembly of the entire unit, as well as fit into the chassis after the deep cleaning each component received in preparation for environmental testing. 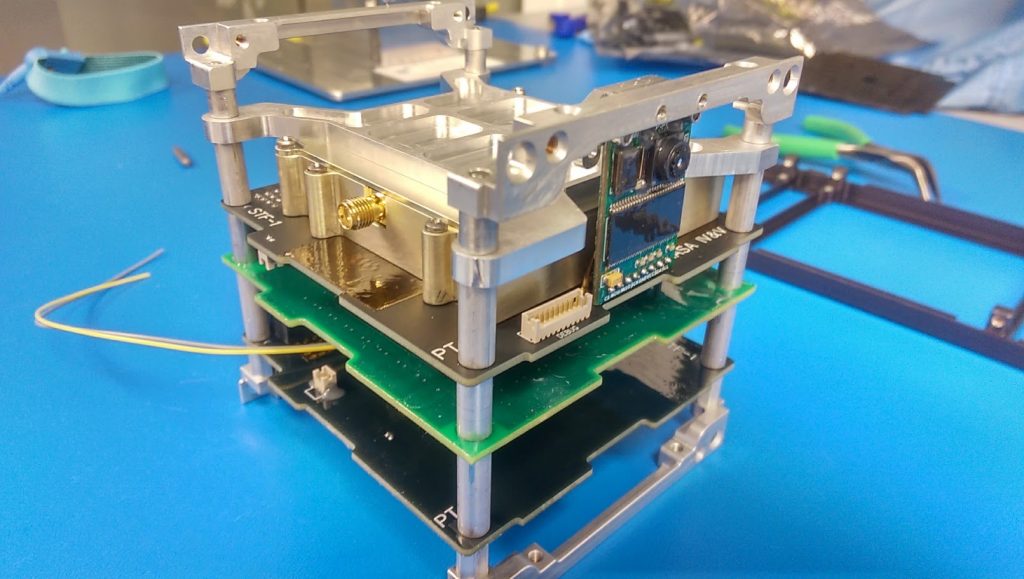 Although each of the components are connected to the stack or back plane of connectors making up the spine of the spacecraft, additional connections are required to reach external components as well as to jump certain things into or out of the spine.  The image below shows a large portion of these connectors completed, but does not yet include all of the solar panels that will provide the power needed to charge the batteries and run the experiments on-board.  The stack connectors are on the opposite side of the camera. 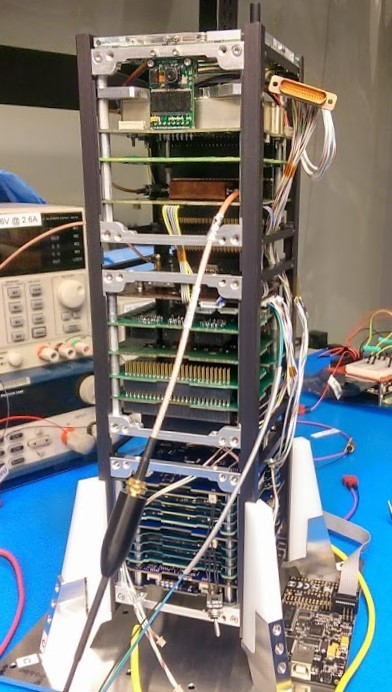 The electrical power system wiring harness proved to be the most difficult as each face needed to be able to connect before you mounted the panel to the spacecraft.  This required lengthening some of the planned cables and defining an appropriate assembly and disassembly process.  The solar panel that has the whole for the camera will always go on last and be the first to come off should we need back into the spacecraft.  STF-1 with the solar panels, debug port, and remove before flight connectors is shown below.  Some packing of tools and extra hardware is required prior to a trip to Goddard Space Flight Center (GSFC) for a week long thermal vacuum test, but for now all systems are operational. 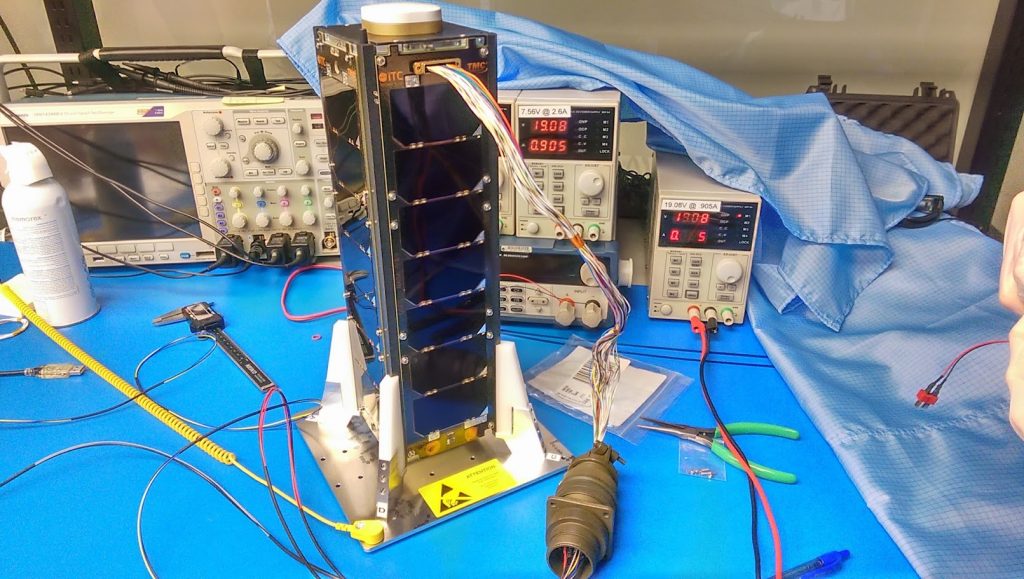